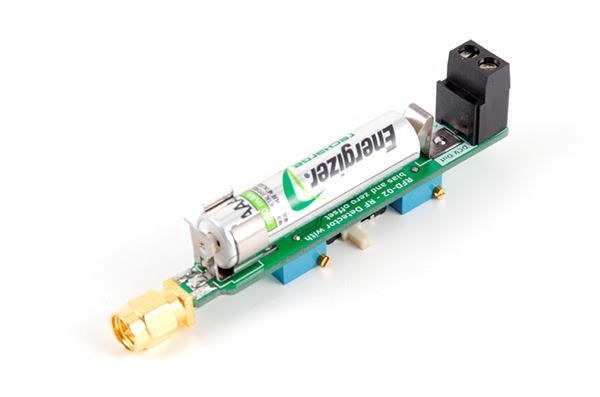 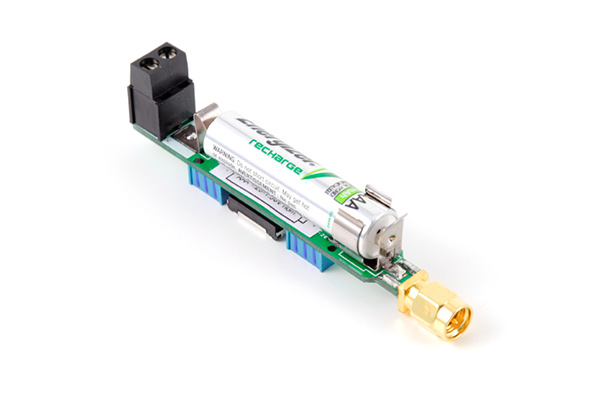 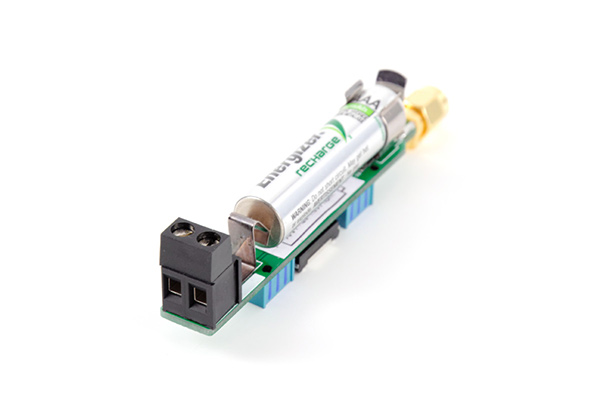 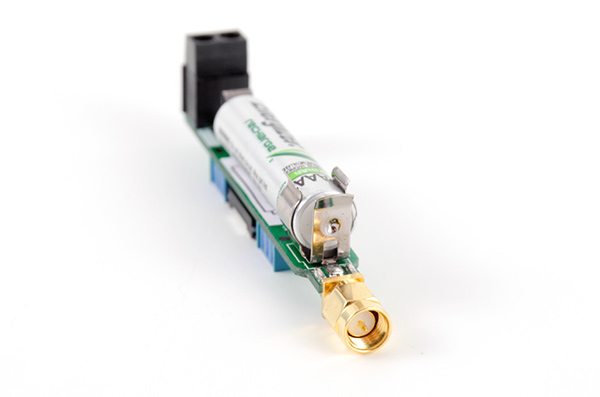 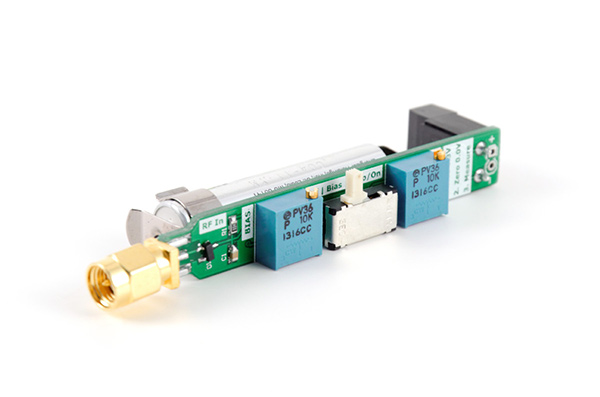 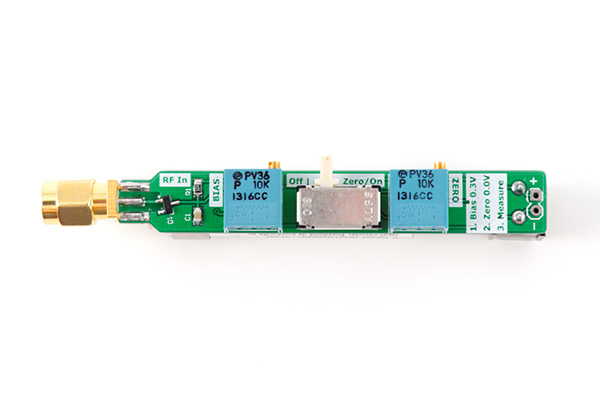 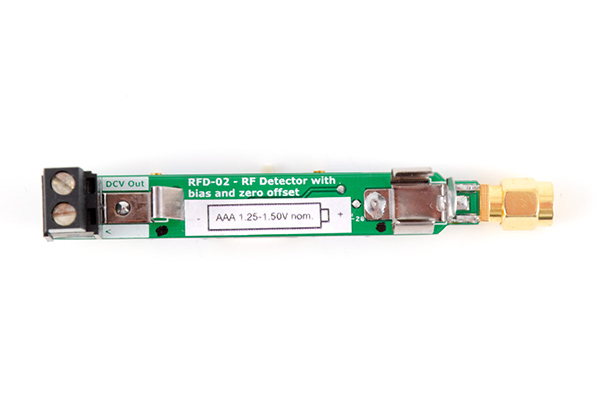 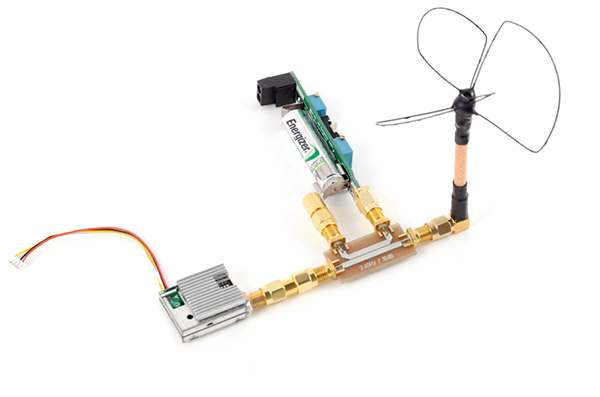 Want to find out how good your antenna is performing? This is a sensentive and accurate high frequency RF detector. It can be used as part of a system to measure the effiency of an antenna.

Compared to the simpler RDF-01 RF Detector, this has a bias adjustment. With DC bias the detector input impedance is reduced significantly for low power transmitters and most of the input power is detected over the output (load) instead. This makes it work more like a RF receiver which boosts sensitivity and dynamic range/resolution. It improves sensitivity with about 12dB.

The detector is user calibrated using a 3-position slide switch (Off, Bias, Offset) and two multi-turn potentiometers (Bias, Offset); the DC bias pot will raise the voltage to "pre-activate" the diode and the zero offset pot will reset/null the output. The detector voltage is then measured using a multimeter on the therminal block or header. It is designed to work with a -10 dB coupler and an accurate 50 Ohm terminator.

It works perfect with 915MHz to 5.8GHz transmitters, with input sensitivity from 10mW (-10dBm) to 500mW (27dBm). Input over 500mW should be lowered using 3db/6dB/10dB attentuator(s) between the transmitter and the coupler to get it within the mentioned range, otherwise the rectifier diode will burn out.

How to calculate VSWR

The principle is to connect the RF Detector to the coupler's Vreflected port and measure the voltage using a multimeter, then measure the Vforward port, and calculating the SWR to get a ballpark figure of how efficient your antenna is performing (input power).